Right out of New York Paris Bryant is making statements with his music career. An artist like Paris Byrant smashes any box that you try to put him in creatively. The confidence and aura that Paris Bryant has will make anyone think that he is one of the next artists to become very successful in this industry. Paris even gave every single student that was graduating with him this year 100 dollars each. The confidence and charisma are characters within Paris that are definitely present! There are a lot of features that put Paris Bryant in a different lens and during this interview, I was able to learn about how Paris became the prodigy that he is today.

Down below is the conversation that I had with Paris Bryant!

Who were some of your biggest influences when it comes to music?

Paris Bryant: The biggest influence to me was definitely J.Cole. He actually made me want to rap and stuff like that. He actually reached out to me a few months back and it was so cool to have someone you look up to reach back out to you. And when I moved to New York I started listening to a lot of A.Boogie as well. A. Boogie was going crazy at that time. I was also listening to Uzi and Trippie Redd too. And since I would move around so much I couldn’t really catch a sound so my music is just a mixture of everywhere.

What do you think about the New York music movement right now?

Paris Bryant: I feel like right now it is going to be hard to have a different sound because there is a norm of what everybody is used to. I feel like it is more like who is going to maneuver this specific sound the best. They might say we all sound the same, but the way that I am doing it is different because I am actually a singer. I feel like a lot of these artists are actually rappers that are just doing melodic rap. I really just want to come in the game and just change music as everyone knows it.

What was the premise behind “Ballin” and what did you want to tell the world with that single?

Paris Bryant: Ballin was actually not written. I actually haven’t written a song in a long time. At one point like 7 months ago, I was like I’m done writing and whatever felt right to say I’m just going to say it. And with “Ballin” I was just feeling lit that day. so, I was just like everybody send me beats and that’s how it was created. I really understand what my songs mean after I make them. You know how you say something and you don’t know what it means in the moment, but when you come back to it it’s like woah I said that.

So pretty much after “Ballin” I kind of knew what it meant. It’s kind of in the story of “Mad Mad” which was my first release. “Mad Mad” is single to get my haters mad and Ballin was just to show them that I am Ballin literally. Like you remember when you were hating on me now I am up there, and I just wanted to show a bunch of the different things that I was doing. I had actually been to a club, I was playing ball a lot and I just feel like “Ballin” reflected that.

How did you feel when Cinematic took a chance on you and granted you your first record deal?

Paris Bryant: It felt great at that time because I was thinking woah, I am really going to take this to a new level. It is nothing like losing hope in yourself and then regaining it at that moment when somebody else believes in you. You can believe in yourself forever. And when you think it’s time to give up and somebody comes along and believes in you; that truly feels amazing. I am now getting used to being in this position. I feel like I need to move a little different than the norm since being signed.

Other than just making music and rapping what other things can you see yourself getting into?

Paris Bryant: In the future I see myself going more into the business route. I definitely want to start my own clothing line, but I don’t want it to be like my own merch. I want to have an actual brand, like something that’s totally different. I’ve never seen too many artists who are extremely successful with their brands. Other than Jay-z who had the Roc-A-Fella and Rocawear. I want to create my own clothing line and make it successful. You never know what is going to happen down the road, but the sky is the limit.

Paris Bryant definitely has a vision and plans to carry it out during his music career. From the incredible music visuals to the dynamic singles that Paris continues to drop if he stays on this path nothing but success will be in his future.

Down below you can stream Paris Bryant on Spotify! 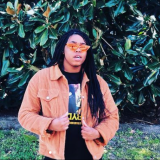