The DMV rarely disappoints when it comes to talent, from great musicians such as Wale, Goldlink and the GOAT Pharrell Williams. It’s likely that any talent that comes from the area will be anything less than magical. Alvin Sakyi, also known as Sækyi, is amongst the greats to come and it can be felt in his music. DMV’s rising talent Sækyi speaks about his creative flow, his inspirations and what sets him apart from other artists in our recent conversation. Check it out below.

Esther: In your own words, describe Sækyi.

Sækyi: Well for me, Sækyi is the place in my mind I go to be free, motivated and inspired. Really just a place I go to grow. Sækyi is where I go when I want to express my most outlandish thoughts or hidden emotions. Sorry I don’t know if that answered the question that well, but yeah.

Esther: When did you start taking music seriously?

Sækyi: About a year and a half ago, I released my first single of 2018 called “Suicide Bomber.” I saw the effect it had on my friends and family. It was really a game changer for me, cause it was the first time I saw my music make people feel, ya know. At that point, I changed my mindset and put music first and so far things have been moving great!

Esther: Tell us about your sound. How would you describe it?

Sækyi: My sound is dynamic. When it comes to my music I try my best to stray away from the stagnant. I’ve been influenced by so many different genres of music coming up from traditional Rock to all kinds of Ghanaian music, all the way to Country from my dad. So for me, it’s hard to make two songs that sound alike. When my other songs drop this year, I think people will see what I mean.

Esther: Who are your inspirations?

Sækyi: I draw inspiration from a lot of things, but mainly from bands like The Beatles & Queen. Also from artist like Tyler, The Creator & Kendrick Lamar. I love how free their music feels, ya know, like they’re in tune with themselves and their music. I aspire to make music that makes people feel like that; like they can do anything. I also draw mad inspiration from my beautiful girlfriend Nana, and my amazing friends. They are all crazy talented and this pushes me to be up to par.

Esther: The DMV breeds many hot artists. Tell us what makes you unique from the rest?

Sækyi: I think for me it’s my music and the way my team and I go about marketing. I’m making music with themes centered in different time periods and creating playful songs about birthday sex – yeah, that’s all “Cake” was about. But yeah, I think my uniqueness derives from the topics my music is centered around. Also, my team and I go crazy with our marketing campaigns. We’re really meticulous with the whole thing.

Sækyi: Very free-flowing and never forced! I created like 3 versions of “Cake” before landing on this one and they all came at their own time. I actually wrote the final version of “Cake” after work one night in January off of a joke I kept seeing on Twitter. I have this other song that took over a year and a half to finish so yeah, I just create when inspired really. And so far it’s gone pretty well.

Esther: Your song “Cake” was just released, along with a music video and it’s fire, to say the least. Tell us what it was like putting it together.

Sækyi: Well first, thank you! It was amazing! The whole process had so many ups and downs, but going through it was the best time of my life. From the crunch mix sessions my engineer MixedByMooch and I had days before filming, all the way to the last minute reshoots. I was on a high the entire time. My best friend, the amazing director JREINA, and the great cast and crew made the shoots perfect!

Esther: What are your plans for Summer 2019? Any major projects we should be looking out for?

Sækyi: Well for right now I want people to sit with “Cake” for a little, but I do have another single planned for release in the coming months with the great Huey Supreme & the amazing Briana Chrissy. I really want to get into performing as well, so be on the lookout for that. I also got a couple of features with my close friend Cammy Dub$ that should be coming this summer as well. So yeah, a pretty full summer.

Take a look at the visual for “Cake”

Esther: Who are some artists you would love to work with?

Sækyi: I want to work with them all, but my list right now is IIIDaze, Al-Doms, Huey Supreme again, and Von a few of the great artist from the 75. Also, would love to work with Miah Travis from Richmond. Some of the dopest artist in the state honestly.

Esther: What do you want the audience to know about Sækyi?

Sækyi: I want everyone to know that I’m here to stay and I’m making music for them, even though they might not know it yet.

As the artist said, he’s here to stay so we hope you hop on the wave. Listen and take a look at Sækyi’s recent video for “Cake” and don’t forget to keep up with Sækyi on Twitter and Instagram. 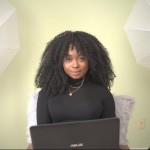