From Brooklyn to the Bronx, New York is the birthplace of hip hop, producing some of the greatest, most influential rappers of all time. Harlem native, Neek Bucks is the newest artist to come out of the city.

Neek Bucks first made his appearance in late 2018 with his projects, El Barrio and El Barrio 2. Doing everything independently and gaining millions of streams on multiple platforms, the rising star prides himself in being honest and “real” in his music; something that many artists cannot offer.

Back in February Neek released his highly anticipated album via H4 RECORDS titled “Neighborhood Hov“. Complete with 12 tracks and all-star appearances like G Herbo, Tsu Surf, Sleazus Bhrist, Lil Tjay, and more. Following Neighborhood Hov’s release, he explained in an interview with Billboard the meaning behind the album’s title; revealing that what JAY-Z  is “to the culture of hip-hop” is the perfect representation of what he is to his Harlem neighborhood. “When I speak, they listen,” Neek told Billboard.

Succeeding the release of Neighborhood Hov comes a visual for the standout cut “Pain,” the 8th installment in his musical series produced by Triple A, Mestizo, and Dizzy Banko where he trades verses with Benny The Butcher and they open up about fake friends, being broke, and their rough upbringings.

“This project is a long time coming. I wanted everyone to tap in and really listen to where I’m coming from. This isn’t drill, I’m rapping and letting you in. That’s why I want everyone to hear Neighborhood Hov.”

In conclusion, Neek Bucks is here to stay. You can stream his new project Neighborhood Hov on all platforms. Follow @NeekBucks on Instagram to stay updated.

Watch the official video for “Pain” below! 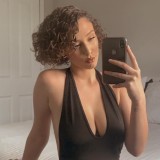