Having dominated majority of the first half of 2019, the King of Drip, Gunna releases the video for his single “Baby Birkin,” from his debut #1 album Drip Or Drown 2, with a surprise appearance by social media star and model, Jordyn Woods.

Drip Or Drown 2 landed on the charts as the #1 Hip-Hop Album across the nation and #3 on the Billboard Top 200 Charts, nearly 444K units sold with about 661 million streams to date! Gunna has been making the rounds collaborating with some of the biggest artists in the world including Chris Brown, Mariah Carey, Drake, Usher and more, there seems to be no stopping the new age rap star.

This summer vibe, directed by Spike Jordan showcases a field of women, which includes Jordyn wearing stylish pastel looks while all toting the luxurious Birkin bag. All the while, the fashion maven gives us looks for days, check out Gunna’s latest drip. 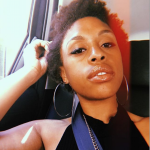