Dreamville‘s third installment of their Revenge of the Dreamers series released earlier this year in July. Since then, the J.Cole-assisted rap label has strategically pumped out visual after visual. Dreamville’s formulaic method of quality over quantity works as “Middle Child” and “Sacrifices” were the most recent videos from Dreamville. Each of these music videos released six months apart.

“Sleep Deprived” is the latest video to accompany its song counterpart. The smooth piano medley reels listeners in for a story detailing struggle and success. Dreamville artists Lute and Omen, along with Mez, trade bars rapping of internal complexities outside of music forcing them to become sleep deprived. The common theme of monetary gain appears on and off throughout the song; however, “Money gon help with a lot of things, but not the trauma though”. Word to Mez.

Despite their strife, they also make room for their personal gain. The road to prosperity is full of negative commentary from several people, especially those with opposing views. These same people have also suffered sleep deprivation worried about what Lute, Mez, and Omen are doing with their lives.

Furthermore, Davionne‘s inspirational hook does the song justice. The video is simple and sweet, similar to the song. Peep the visual below.

But you way too afraid, yeah, I know what your vibe is
Always worried ’bout me, that sh-t must be sleep depriving

In this article:Davionne, Dreamville, Lute, Omen 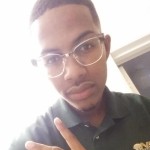