This Friday, Queens, New York native Matthew Raymond Guzmán, better known by his stage name MRG, released his newest single “The Way It Goes”. This is the third single from his upcoming full-length debut, Live From the Hurst 2. It follows the most recent single, “Feels” and his video for “Brokenhearted” (produced by multi-platinum producer Superstaar  who brought us hits by 6ix9ine, PnB Rock, Chief Keef, etc.), all poised to be on the album.

The Dominican-American recording artist said that making the song was one of his favorite moments throughout his career. “My favorite session of all time…was when DJ Mostwanted and I made [‘The Way It Goes’]. We made the whole track from the lyrics, melodies, and recording in less than 24 hours. It was spontaneous as hell, but it’s now my favorite song by myself to date.”

Influenced by the likes of Bad Bunny, Daddy Yankee, J Cole, and Nas, MRG’s musical style fuses his caribbean heritage and New York roots. His bilingual lyrics bring more Latin flavor to the club trap scene, but he seems to avoid using language as a selling point. It’s almost a political move in our country’s current climate. The “mainstream” tends to “other” Spanish language music, despite it’s place as the second most spoken language in the United States. MRG redirects the focus from his Latin heritage and zooms in on the music, while still remaining true to his roots. It’s a small act of defiance that reminds us how American it is to be Latinx and that we should work toward putting “other” cultures in the center.

By the same token, MRG was an All-American top New York high school baseball prospect before attending Villanova on an academic scholarship. After graduating with a Bachelor’s in Management Information Systems, he landed a well-paying job as an IT consultant for a global firm. In 2018, however, he ditched the corporate world to focus on music full time.

“Having the opportunity to get on a song with DMX and Swizz Beatz when I was in high school was a big confidence boost for me,” the rapper shared. “Opening up for Wiz Khalifa at Villanova’s Hoops Mania was also something I’ll never forget. However, the most impactful moment I had musically was meeting Kevin Cruz aka DJ Mostwanted. That’s now my family and he really helped find my sound as an artist.”

Set to release Live From The Hurst 2 via Westvilla Music this Fall, MRG just wants to make a deep impact on the culture like some of his musical heroes. “Get Rich or Die Trying [was the] first rap album I ever listened to as a kid from back to front,” he said. “[It] was dope to see someone from Queens have that big of an impact. I think it’s arguably the greatest album of all time. 50’s hunger was crazy on that joint.”

“[With] The College Dropout, Ye made it cool to be yourself in hip hop. You didn’t have to be gangsta or a street dude to have one of the best rap albums. It was the first time I ever heard Jesus’ name blast on the radio. ‘Jesus Walks’ is one of the best songs ever. Ye never cared for what’s popular or taboo, he just made unapologetic music from the heart.”

“Ye my favorite hip hop artist,” MRG continued. “At first I thought [808s & Heartbreak] was trash but it grew on me so much and is now one of my favorite albums. This joint paved the way for Drizzy, Kid Cudi, Travis Scott and a whole new generation of rappers who’s sound was influenced by Ye’s production and autotune melodies.”

Click below to listen to “The Way It Goes” and look out for Live From the Hurst 2, due this October! 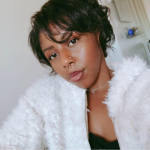