The time of the year has arrived where the summer is dwindling down to an end and the fall approaches. The summer holds a deep love in the hearts of many; especially reminiscing on the memories that have taken place. Despite the hit hip hop songs and artists that set the tone for the summertime, I believe R&B has been the real star. SiR would be among the many that have left this lasting impression.

With the growing roster at Top Dawg Entertainment, SiR has been an addition that I have been following long before his signing. Through his ability of songwriting and high-level singing, his spot as one of R&B’s main stars was inarguable. Back in January 2018, the Inglewood native released his second album November that brought more attention to his brilliance; confirming his budding future.

A year and a couple of months after, SiR returns with his new album Chasing Summer.

A Journey To Remember

Love has never been a topic SiR has strayed from, however, I felt like this project had a different resonance. Compared to his former projects, Chasing Summer seemed to be taking the listener along on a journey. “Most of these records were written on the road. For the last two years, I’ve been on tour traveling.” SiR states in his interview with Big Boy. Though the project does focus on love, it felt like it was talking about the more complicated side to it. Upon listening, the album gave a sentiment of reminiscing on what could be. It is as if SiR had his head in the clouds when it came to certain situations instead of facing the reality of what was actually taking place. However, although Chasing Summer carried different energy than his past catalog, sonically, it still holds true to what SiR is known for.

The one thing that I enjoy the most about SiR’s music is his relatability. The singer-songwriter has a way of creating these songs to make it resonate with the listener in a way that they have experienced exactly what he is sharing through his lyrics. His honesty in the words he writes exudes authenticity.

The album was filled with many beautiful tracks and featured many familiar names such as Kendrick Lamar, Smino, Kadhja Bonet, Lil Wayne and more. Regardless of this, there were just certain tracks that stood out to me and connected.

You Can’t Save Me

“You Can’t Save Me” is the third track off of the album. Everyone has heard the saying “right person, wrong time” and I feel like this song explains that perfectly. In the song, SiR describes a time he met an amazing woman and she carried the attributes of what he’s been looking for. However, due to the things he was dealing with internally, it wasn’t the right time. In an interview with DJ Booth he states, “I think we have less control over destiny than we wanna give credit sometimes…Timing is everything, but nothing happens when I want it to. Everything happens in God’s terms.” No matter how much you want a person, they can’t fix you. You can only do it yourself.

It was never a doubt. Whatever Smino touches always comes out well. “LA Lisa” is another one of my favorites off of the project due to the chemistry. SiR and Smino literally floated on this track and the production really tied everything together. From the harmonies and melodies, “LA Lisa” was just a feel-good track that induced a soulful high.

“New Sky” was another track that I found to be very relatable. I feel like many people like to run away, not face what they are dealing with head-on and do whatever it takes not to think about whatever their current situation is. The track follows SiR creating scenarios that have not taken place in his mind to take him away from his reality. Kadhja Bonet added just the right amount of her voice, creating a healthy balance between her, SiR and the production.

Wires in the Way

The thing that stood out to me on this track was the production. Compared to the other songs on the album, “Wires in the Way” was somewhat darker. SiR expresses knowing that nothing lasts forever. Though some things come to an end, there is still hope that there is a chance to rekindle and he wouldn’t be opposed to it.

“The Recipe” is such a soulful track. I remember upon first listen, the production was extremely touching. When a saxophone is added to a song, I feel like it just elevates it to another level. However, I had difficulty trying to decipher the message he was portraying. What I took away from the song was when something is good, it’s really good. Yet, one person may want one thing but the other doesn’t. From the way the production is set up, it sounds like a love ballad but the message is the opposite. It felt like he was trying to wake a woman up from a fantasy of what she wanted but it wasn’t going to happen. This one made my mind run rapid but overall, was definitely my overall favorite on the album.

SiR’s Chasing Summer focused on the realities of what love consists of. Not everything is perfect romance and there are different versions of it. I believe this album was pretty solid throughout. It showed SiR’s strengths, which is his ability to compose amazing soulful experiences. Production was concrete and overall balanced. SiR is paving a way for himself and is quickly showing that he is a name that will be around for a long time. Chasing Summer was the perfect way to end out the summer season and it will continue to be in my rotation for the fall. 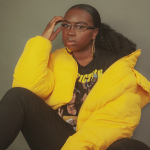