The 29-year-old Memphis rapper, Moneybagg Yo, drops his 4th studio album on April 23rd, 2021. The highly-anticipated project “A Gangsta’s Pain” consists of 22 tracks, making it a 51 minute listen. Some of his features include Pharrell, Jhené Aiko, Lil Durk, Polo G and more. Moneybagg is known for his slick word play and transparency when it comes to his lifestyle. His first single of 2021 titled “Time Today”, came out in early February. Subsequently, the song went RIAA Certified Gold in 53 days and is also track No. 9 on the new album. Bagg teases fans with another single in late March called “Hard for the Next” which features Future. In total, he has 10 Hot 100 Songs, has been on the Artist 100 Chart for 48 weeks and is currently ranked No. 43 according to Billboard.

First Listen is Apple Music’s virtual album listening event series. “A Gangsta’s Pain” was lived-streamed and Moneybagg Yo was able to play his new album for the first time while speaking with Apple Music host, Ebro Darden (@oldmanebro). Not only does Bagg answer fans questions, he also previews snippets of unreleased music videos from the new project.

Furthermore, in his interview with Kojo, Moneybagg explains how this project contains “the untold stories”. As a result, he dips into the importance of consistency as an artist, but finds himself expresses that currently he is focused on versatility. As the dialogue continues, the rapper describes how he wants to give his core fans what he’s been giving them, while still tapping into his melodic self.

Being a third-party viewer myself, Apple Music did a wonderful job making this series exclusive and interactive. From having the lyrics played on the side of the screen, to consistently playing one of Moneybagg’s beats in the background of conversation, to creating the hashtag “#firstlistenmoneybaggyo” on Twitter. All of these tactics ideally drew attention, create repetitiveness and spark discussion on the rapper’s new work.

In the First Listen series, Moneybagg expresses that he loves the rush he gets from being in front of fans. Unfortunately, the 2020 “Time Served” Tour got cancelled due to the pandemic. As COVID-19 has been detrimental to lots of industries, Bagg mentions he is working on more clothing line merchandise and possibly some sort of film. Yo Gotti, Moneybagg’s “big brother” and mentor, made a guest appearance at the album release. Gotti states “we knew he was gonna do this years ago”…”Bagg’s a businessman”…”he know what he wanna do, we just help him”.

By now, if he does not have your attention yet, keep this hip-hop/rap artist on your radar. Four of his 2020 songs are all Platinum Certified including “Said Sum”, “U Played Feat. Lil Baby”, “All Dat Feat. Meghan Thee Stallion” and “Me vs. Me”. Moneybagg, who also refers to himself as “Certified Speaker”, has quite the collaboration list when it comes to those he works with. Other artists he has worked with include Summer Walker, NBA Youngboy, J Cole, City Girls, Gunna, Kevin Gates, Pooh Shiesty, Kodak Black, Offset, Quavo, DaBaby, and more.

With a growing platform, and no signs of taking his foot off the gas, Moneybagg Yo is reaching new heights. As of this morning, “A Gangsta’s Pain” sits at No. 1 for albums on Apple Music charts. Now available and streaming on all platforms.

In this article:2021, album review, Lil Durk, MoneyBagg Yo, NewMusic 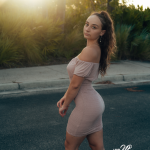