The music industry has seen a lot of latent over the years, but rising Puerto Rican star Jtti seems to top it all! Born December 19th, 2005 John Troia Aka Jtti has already managed to receive co-signs from major artists such as Polo G, Ron Suno, Lil Blurry, and more! Despite only being 16 years old it seems as though he is already carving a niche for himself with his own unique melodic sound. During his childhood, Jtti faced many challenges such as not growing up with his biological father and visiting place to place! Jtti discovered his passion for music at the age of 7, but he mostly became motivated to pursue his career after facing dark times within his home, and social life. Jtti plans to collaborate with major artists such as PnB Rock, J. Cole, Post Malone, YNW Melly, and more! 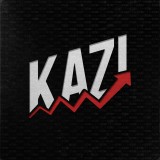