Cristo Noir has been making a splash in just about everything the music industry has to offer. He is a creative director, designer, music producer, and founder of 12 Noir. When explaining his style of music he said his work is the intersection between art, technology, and human connection. His unique outlook and creative style has given him the chance to work with many celebrities like Hella Sketchy, Lana Scolaro, Molly O Milia, and more.

Cristo Noirs most recent release “GATSBY” inspired by one of his favorite movies “The Great Gatsby” released in 2013; features a upbeat tempo with audio clips from the film. It’s a sound that no one can resist vibing to.

“One of my favorite movies is The Great Gatsby, so I wanted to make a song that combined the classic voices of the movie with a modern vibe. The song is about Jay Gatsby wanting to live the most out of his life, and how the other characters in the movie made him feel like he wasn’t part of the club.”

Follow @CristoNoir on instagram to keep up with more of his work and give “GATSBY” a listen below! Tell us what you think in the comments. 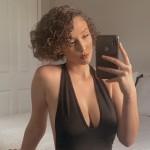