Rap groups come and go, but family is forever. For the Atlanta rapper/producer collective Spillage Village, a small plot of land discovered by Dreamville’s EarthGang and JID has since evolved into a large, nurturing community. That community encapsulates the sounds and souls of every member, spilling into one another. But make no mistake, the entire group—made up of EarthGang, JID, 6lack, Mereba, Christo, Benji, Hollywood JB, and Jurdan Bryant—are still a perfect reflection of the ever-growing Atlanta rap soundscape. “It’s like a microcosm of all of our fanbases,” OLU said of the growing community fostered by the group. Their fourth studio album Spilligion, then, is that same cornucopia of sounds, fully blossomed.

The recording sessions for Spilligion took on a life of their own. What was supposed to be short term residency at a home that JID purchased in Atlanta eventually turned into a two-month stay-cation due to COVID-19. With members forced to quarantine in the crib, they bunkered down, tuned in, and worked on the album while the outside world was burning.

“I think, when we originally were starting it was really going to be like how it was with the Revenge [of the Dreamers] sessions where we just get a studio space, set up multiple rooms, and got people coming in and out,” Hollywood JB clarified. “But I think being there for two, almost three months us every day growing individually as people and musically.”

However, as things winded down they began to refine the album as it really started to take form. “We realized that this wasn’t sounding like anything that was out, so we were like, ‘aight, let’s use that sound, lets build on that and create this soundscape where people can come for something specific that they can’t get anywhere else.’”

Life got crazy while Spillage Village was making magic in Atlanta. We entered a global pandemic, a re-ignited push for civil rights, and every day felt like a new calamity had befallen the world. During times like these it’s crucial to figure out what’s important to you, and hold that close. For Spillage Village, family, music, and spirituality became things worth cherishing. In fact, the hurt of the outside world heavily influenced the title and religious themes seen throughout the project. “We thought of the idea close to the end of the project,” OLU said of the of the albums title. “I think, with the pandemic and everything that was going on, it just kind of furthered us to be like ‘yeah, let’s actually do this.’ A lot of people had to tap into their spiritual selves, a side a lot of people never knew that they had.”

“It was getting hectic, but I think through each of our own different ways we portrayed that on the album. I think we were just being real and very vulnerable, and I think it came across through the music.”

Spilligion offers a myriad of sounds. Tracks like “Psalm Sing” lean into the neo-soul arena and sound like it could open an 8 A.M. service, while “Ee’alah” is introspective and dives into current events. Despite most songs on the project having more than 3 people on them; none feel cluttered or disorganized. And conducive to all of the work and love that went into Spilligion, it was hard for everyone to pinpoint what their favorite track was. “‘Hapi’ and ‘Mecca’ are, like, my top two,” Benji decided, while JB said: “‘Psalm Sing’ just hits different. That song is like a feeling because even when you listen to it, even when you weren’t there it feels like you were there.”

Just like a family, each member of the Vill has their own distinct trait that adds to the group dynamic. JB described himself, Benji, and Mereba as the more chilled, laid back out of the bunch, while OLU was the perfectionist and JID the super-competitor. It wasn’t all work, though. The group made sure to a lot time for their mental health by bonding through yoga, different recreational activities, and a lot of Monopoly. “Have you ever played Monopoly for two days straight?” (laughs) Hollywood JB asked me. The popular board game became a point of contention for everyone since they played it so often.

“OLU had us in that studio plenty of late nights. We were just in there going through each sound, each bar, each word,” JB recalled. “I mean, that’s what we already do but he was going to make sure that this shit is straight; which I respect 100 percent.”

For Spill Vill newcomer Benji, this was also his first time being a part of a major album release. His coronation into the group provided some great learning experience and informed how he worked on his upcoming solo project. “I’ve had my album done, but with working on Spilligion it just kept giving me more and more ideas, and seeing how everyone worked inspired me to try different things with my own stuff,” Benji said. “And to really start my ‘industry’ career with Spillage Village first and to present my own work, it was a huge confidence booster for me.”

Spillage Village embraced all of the Black plight, rage, joy, exhaustion, and triumph from 2020 and wrapped it into one album; letting the power of family, love, and music light the way. Spilligion feels sobering, uplifting, and cathartic but above all else; it’s real. In a year marked by misfortune, Spillage Village offered some spirit. Benji put it best, “This is a project birthed from the times.”

Listen to Spillage Village’s latest album Spilligion down below or here, and stay tuned for new music coming from Benji, Hollywood JB, and EarthGang very soon! 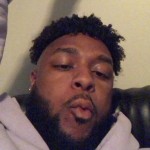