Kevin Ross, an award-winning producer, singer, and songwriter dropped his debut project ‘The Awakening’ back in 2017 while he was signed to Motown Records. Having had worked with artists such as Toni Braxton, Trey Songz, Jamie Foxx and even Nicki Minaj; this creative has been well known for his abundant skill and ability. Now, the DC Native has put in the “sweat equity” to cultivate the entrepreneur lifestyle he is destined for. With consistency, a strong network, and dedication Kevin created a lane for himself. Transitioning into an independent creator, Ross produced his own label and has had the opportunity to partner with EMPIRE Distribution.

During our virtual conversation as he sipped on his coconut water, Kevin explained that he is always working. Whether he is on the front line or behind the scenes. The man of many talents is preparing to release his new and latest single ‘Looking for Love’ on July 23, 2021. This single will be followed up by ‘Drive 2’, a full body of work, in the Fall.

We all know, understand, or have heard of how difficult it may be to fall in line with an entrepreneurial lifestyle. If not, it is one of the most challenging journeys that one can set out on; it requires plenty of faith and hard work. As Kevin and I spoke, I commended him on his achievements and consistency. Not only is he passionate about his journey and content, but he didn’t mind dropping a few jewels and gems for other musicians. Typically, when people go into music, they either start as an independent artist and then sign to a major label, or they remain independent. It was impressive to learn how Kevin made the transition to an independent artist after having the security and stability of a major label record like Motown; Then built his OWN label!

Check out the two-way dialogue below:

Vayda Maryse: First and foremost, let the people know who Kevin Ross is.

Kevin Ross: “Hey, what’s going on; My name is Kevin Ross, singer-songwriter, producer, and now, label owner of Art Society Music Group. I am an R&B singer. I have a record called ‘Looking for Love’ coming out on July 23rd, make sure you get that. You can pre-save now by following me at @kevinrossmusic on Instagram, Twitter, Youtube, Snapchat you name it, Tik Tok @iamkevinross. I also have an upcoming project coming out called ‘Drive 2’ in October. That’s me in a nutshell.”

Vayda: You’ve been nominated for several awards including, Soul Train Awards, iHeart Radio, and even an NAACP Image Award. Talk to me about your catalog of music and what you’ve contributed to the music industry.

Kevin: “My catalog is very interesting. I started off in the industry as a writer, my first placement was with Jamie Foxx. From there, I went on to write for some OG’s in the game like Johnny Gill and SWV. I collaborated with my mentor, Troy Taylor, and we started working on a project with Trey Songs in regard to the ‘Trigga’ album. I wrote a couple on there, one called ‘Touchin, Lovin‘ featuring Nicki Minaj, another one with Ty Dolla Sign, one with Wayne … All was well, and I ended up getting signed to a label that was Motown at the time and got this Billboard #1 on a dope R & B song called ‘Long Song Away.‘ After that, I started writing and producing more, and decided to leave my record label, build my own and go independent …”

Vayda: I’m happy you mentioned that; You were with Motown Records for a few years before departing around 2019. What has the transition been like going independent?

Kevin: The biggest thing was money. No if, and or buts about that. It was the leading factor. But for me, my biggest thing is making sure you know what you’re worth. Like the actual dollar amount of knowing what you’re worth. While I was on the major, I never really knew how much I made to the penny. I had an estimate, but never really knew. Even when you check the books, it’s never as clear as you need it to be. That was my thing, I knew I was going to go out on my own. I knew God had put that in me, to venture off, I just didn’t know the timing. But, when certain things went into play, and I saw the writing on the wall, I knew it was time for me to go.

Kevin: “Aw man, saving! … Save your money!! Also, make sure that your network is your net worth. The people you communicate, celebrate, and hang with could be the very people that will help and uplift you. Every bit of help counts when you’re independent … Lastly, establishing and maintaining a line of credit and making sure that you don’t max out on that line of credit. When there is something you really desire, and it costs a hefty amount, you can use that line of credit to invest in your dreams. When you’re independent, you may have to be everything. You may not be able to afford PR or a photographer … When you getting it from the ground up, you have to fill in the blanks!

Vayda: Your label Art Society Music Group has actually landed a partnership with EMPIRE. Congratulations on that — What are your sentiments about working with such a large distribution company? What does this achievement mean for your label?

Kevin Ross: “I just think Ghazi [Ghazi Shami] is smart. I think he is smart to believe in artist or entrepreneurs, like myself, that aren’t afraid to get their hands dirty. He doesn’t get in the way of what we want to do. He allows us to be as creative as possible … I consider it to be independence on training wheels.

You have the distributor, you have the ability to create some type of marketing budget, whether big or small. From there it is the belief in yourself, what you can do, and your ROI … EMPIRE has been a great training ground for me as an independent and budding entrepreneur, in a sense of just watching, learning, and soaking it all in. Being a business owner is new for me. All I’ve known is to be creative … Shoutout to EMPIRE and ASMG…”

Vayda: You have your latest single ‘Looking for Love’ releasing in just a few days. What’s the storyline behind that? Are you looking for love?

Kevin: “[Laughs] That would be the very surface answer. Truly, ‘Looking for Love’ is a contemporary love story. I feel like our generation is ten years behind. Where we should have been getting married in our early to mid 20’s, for most of my peers, we are approaching or in our 30’s and still looking, still trying to figure it out. I think what has been a tool but yet, a hindrance is social media.

We were the first generation to experience the internet boom. I believe that options became an issue … The story is about me being a man that is ready, and I am dealing with a woman who isn’t. She’s going to give every excuse in the world as to why she’s not ready. In the second verse, I say, “It’s two ways, it’s your way or no way … I draw the line, you run around it … You say that you need space so I bought a rocket…” It’s like I’m doing whatever it takes to prove that I want and need you in my life. But, at some point, you’ve got to decide on whether or not this is a place you want to be …”

Vayda: There’s so much culture in your hometown of Washington DC, (Shoutout the DMV). How does being from there shape your craft?

Kevin: First and foremost the entrepreneurial spirit there is insane. Many people think your hometown gives “crab in a barrel” energy. I truly do believe that I haven’t experienced a city that is as supportive as DC … I think it’s the authenticity and pride within our city. We have a certain level of finesse to us that we take pride in. Style, it’s not bougie, but it’s like, let any DC person tell it we the flyest! DC just wears it differently. Being black and from there, that’s a whole different world because when people see pictures of the White House, I’m behind that picture, and it doesn’t look like that. We take pride in the other side of that White House. To put it in a nutshell, it’s the magic that’s there.

Vayda: What can we expect from your new body of work? This is the comeback!

Kevin:” ‘Drive 2’, it is just great music, honestly. I produced on here more than I’ve produced ever before. I’m very proud of it, I stand by the work. I think ‘Drive 2’ allows me to get closer to what I call an artistic signature. Certain people, you’ll hear their work and you know it’s them, so this is my journey to my artistic signature. Along with that, I’m taking people on the journey with me, of just really great music that sticks with you. You won’t listen to it and say “eh, I’m good.” You’re going to want to live with it, you want to vibe to it, you want to drive to it [no pun intended]. Music that really feels good and not all over the place. It’s true to an R & B core …”

Vayda: Once the new music is released, what do you plan on following up with? Any other projects in the works?

Kevin: I’m always working. Every year I’m going to be dropping some kind of project, rain or shine. I have a strategy that I have in place and is already kind of taking shape. The concept for the next projects, I don’t know yet. I thought I knew what the concept for this one was going to be and it turned into something completely different, and it ended up being ‘Drive 2’. For this next project, I have a couple of concepts at the moment, but it’s just about waiting to see how the music feels, and how I will feel in those moments.

Check out the visualizer below to listen to ‘Looking for Love’: 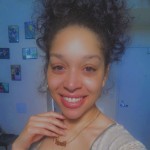 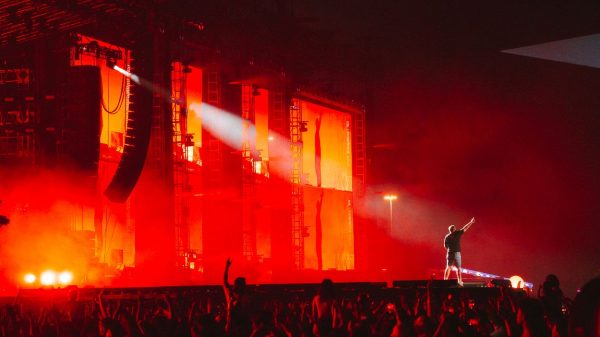 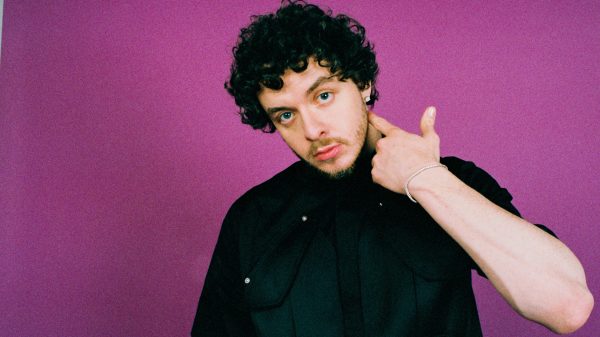 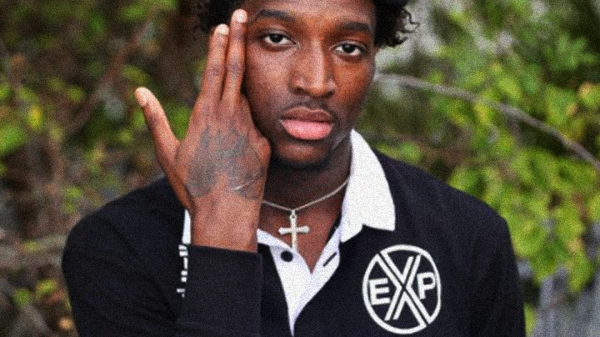 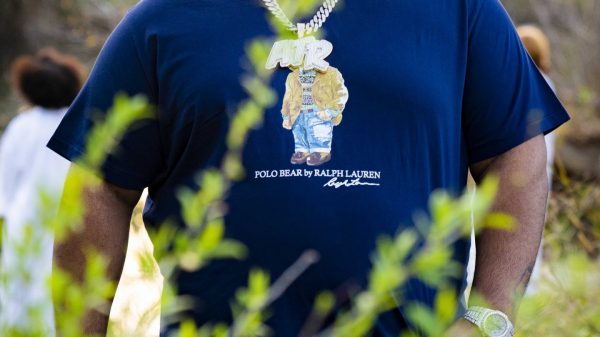