This week I got the chance to sit down with OG Cuicide and discuss some of his personal life, as well as his new video drop coming out next month.

Zae: Thank you for working with us OG, ‘im-a’ jump straight into the questions. Let’s start with the basics, for our viewers who aren’t familiar with you. When did you start doing music and how old are you?

OG Cuicide: I’m 49 years old and my career goes back to 1987, that’s when I first started doing music.

Zae: Damn you been in the game for a long time, what’s your end goal with it all?

OG Cuicide: My goal is to educate our youth and be a great leader for them. To show them a better way, better guidance, and a better path in life to take that can expand their life and not shorten it.

Zae: That’s an admirable goal no lie, especially with depression rates at an all-time high. Did your goal inspire the name OG Cuicide?

OG Cuicide: My name come from me being a suicide survivor at the age of 22. I actually attempted suicide by shooting myself in the head. God spared my life for a reason and now I know my true calling is to teach others, life gets better so never give up.

Zae: That’s real, I think we all happy you still around to spread your message. Who would you say your idol is?

OG Cuicide: My idols are my OG‘s from my neighborhood in Compton that taught me the true meaning of surviving and staying alive. That life is more like chess, not checkers.

Zae: Word I agree, life’s a game of chess. If you could get anyone to be feature on your music who would it be?

OG Cuicide: It would be Scarface and the reason is the similarity in our music. When you listen to our music you can see what we are saying without actually watching a video.

Zae: How would you describe the beginning compared to now?

OG Cuicide: The beginning of music 80s and 90s we were drug dealers, we was HUSTLER’s, money makers in the streets that spoke on our struggles in life in the streets. Nowadays the artists in the game are more on using drugs. So the game went from drug dealers to drug users and it’s destroying everyone because everyone wants to do drugs and party and slowly but surely are tearing their selves down.

Zae: I could definitely see the perspective. Do you think your personal flow has changed with the times?

OG Cuicide: My first album, the official album came out in 1995 I was 25 years old. So at that time, I was still heavy in the streets. At that point of my career, my music was heavy on gang banging, robin, and stealing. The dirt that I’ve done, but now that I’m older I’ve learned so much over the past life that I experienced. I have no regrets in life but now my music I make is more about educating uplifting people, grown music. I’m not young anymore so I don’t think young, they say you supposed to grow with time and that’s what I have done. So now I’m a general, I’m a leader that took a negative and turned it into a positive.

Zae: Yea that’s true, thing about taking Ls is it shapes you man. The harder you fall the higher you bounce. But real talk what got you into the music game in the first place?

OG Cuicide: I never play sports as a kid growing up in the foster home. Where I was in, no one was into sports where you take your kids and you sign them up to play sports. So music pretty much became my sport. It was a gift and the more I did it the better I became and it turned in to a way to express myself.

Zae: Music is art, no doubt. So far what has been your biggest obstacle to overcome?

OG Cuicide: My hardest obstacle has been getting people to accept the positive me. The positive music that I do everyone loves, even oversees they love the gangster music that I create and have created over the years.

Zae: Lastly who are some artists who inspire you, when you were younger and who it is nowadays?

OG Cuicide: I’ve never been inspired by no one musically. So I always give the credit to my OG’s in the hood that raised me because that was my inspiration. The big homie’s that was having things in life, always inspired me I started hustling in the streets when I was 12 years old so having things was it to me.

Zae: Alright again its been great workin with you, one last thing for the fans though. Can yo you give us some info on your new music video you’re droping?

OG Cuicide: Alight, this is a clip from my new video called “KNOW MY PAIN” dropping next month with my album OGS ARE FOR EVER.

Zae: Alright OG its been an honor, you are a inspiration to all of us. Hopefully our article will help spread your word. Make sure check out OG Cuicide’s Instagram at https://www.instagram.com/ogcuicide/. 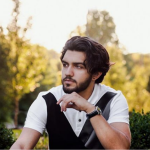 Prettyboy DO Releases “Fallen” For Fans

Latto Changes It Up On “Big Energy”

K.A.Dolowolf Takes His Fans To “Camp”

Ike Rhein Is Back With Heat On “Just Like You”