“This is my plea to the world I see around me. Inequality is at it’s maximum level. Without getting into many details, all you have to do is tune in to the news.” -DanteWuzHere

DanteWuzHere uses his lush vocal range to bring awareness to a series of issues that others are strangely immune to. Because the singer/songwriter once carried the weight of the world on his shoulders, he’s a stronger person. What really did the trick was perseverance and faith. Take, for instance, his moniker. Essentially, “DanteWuzHere” stands as a symbolic departure from his former self. However, the name is a play on the idiom “gone but not forgotten”, suggesting that he’s leaving a positive mark on those he encounters.

He takes influences from rock-and-roll, R&B, and even hip-hop. Like the true crooner he is, DanteWuzHere upholds the soul found in an emotionally-driven ballad. But, it doesn’t end there. Like his nickname, “The Hood Lenny Kravitz” suggests, DanteWuzHere’s sound embraces the energy upheld by a larger-than-life rockstar and comes at the speakers with full-on aggression.

About his overall message, he hints at it through this phrase. “I think it is important for artists to use their platform to not only have a good time but to also educate and bring awareness to things that affect our lives and communities.”

His song “Heaven Helps Us” snapshots our problematic society. “I worked in schools as a mentor, and saw how the education system might be failing kids,” DanteWuzHere said. “We’re all watching politics happen, involving issues of race, sexuality, and religion. It’s important to speak about issues.” According to the singer, he took influence from John Lennon’s “Imagine”, Marvin Gaye’s ‘What’s Going On’, and some of the issues touched upon by Michael Jackson and Prince. Likewise, “Heaven Help Us” reels out anger and sadness felt by those who are being affected by these unfortunate events.

“Visually, I wanted that glam rock of the ’80s and ’90s mixed with some hood rock star vibes,” he revealed to VIBE. “A performance and fashion story with bold statement pieces, and this beautiful cathedral as the backdrop.” The song is DanteWuzHere’s first single from his forthcoming EP, Paradiso.

The video’s concept alludes to religious themes. The beat itself displays the world’s agony. Following choir background vocals, war-like harmonies, raging guitar progressions and heavy-hitting drums, DanteWuzHere weaves between soft and bold vocality for one reason. Like his one-liner says, it’s simply because “….destructions are rising, no damage control.”

Overall, DanteWuzHere uses his music to keep others in the loop. Because he’s always testing his musical flair, DanteWuzHere raises the bar for the entire music industry and comes out undefeated. It’s also safe to say that his experiences shaped him. Despite all the obstacles, he honed more of his skill and is now a phenomenon, to many. Pretty soon everyone will see his name listed with the greats!

DanteWuzHere was born in Florida but raised in Atlanta, Georgia. At 7 years old, Dante wrote his first song but he didn’t sing publicly until he entered high school. Following those years, he joined an unofficial glee club before creating a group called Mizchief. To many, the band was like a male version of TLC. Listeners also labeled DanteWuzHere as ‘Left Eye’ of the group.

Fast forward and Debra Killings and DanteWuzHere meet. Over the course of time, they became closer and he discovered his love for songwriting. Afterward, his manager presented him with a life-changing opportunity. “I did a showcase for the entire RCA staff with three other dancers in this tiny little space,” DanteWuzHere said. “Once I finished, the president of the label shook my hand and welcomed me to RCA Records.”

Then, the singer quit his job and moved to New York so he could soak up all that the Big Apple had to offer. Still, everything took its turn once RCA Records began laying off artists. Although he worked on his solo debut, Inferno, it unfortunately never made its debut.

In the midst of this, he found another manager at Elektra Records, who was soon fired and eventually got a record deal with Jive Records, which also quickly took its turn for the worst. “I couldn’t catch a break and started writing for other musicians after that,” Dante added. “People respected my vocal arrangements.”

Despite the setbacks, because of his prominent status, many doors are opening for the star. Prior to “Heaven Help Us,” he ended up joining a Japanese band called The Lost Ctrl as a guest vocalist on their album Electric Mayhem. He also took the role as a ghostwriter for Canadian artist Iskwé, on a track called “Disturbed,” and was nominated for a Juno Award in 2017.

Now, DanteWuzHere is taking the bad with the good and vice versa. Since he’s a firm believer in using his skill to influence others, he makes sure to pass along the message.

Word is that his album Paradiso, will reveal more about his escape from a personal hell and into a freer version of himself. For now, the date is for keeps.

If you haven’t, stream “Heaven Help Us” here: 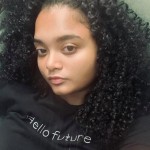