If you want to talk about the U.K.’s current brightest stars, JB MADEIT most definitely makes the cut. Born in 1995, Jonathan ‘JB’ Mensah is currently one of the most sought-after, top-shelf producers in the music industry. Having started off at the age of 15, he owes it to his friend Josh for helping him realize his passion. Josh’s interest in making a song pushed JB into trying something new.

“I was 15, in P.E. class with my friend Josh, and he just randomly, out of nowhere, said he wanted to make a song. I was a drummer at my church, so I was open to the idea because I was already into music.”

In 2014, drill music made a jump from its origin in the South Side of Chicago all the way to the United Kingdom. This opened up for a new wave of musicians to take over. Being Co-founder and creative director at Finesse Foreva, a genre-breaking record label, and management company, JB, and his team have been making an uproar in the U.K. and Brooklyn drill scene. In fact, he is part of a generation of both recording artists and producers alike that were influenced by this dark, lyrical, ominous sound. “…the essence, the depth of it all, that really drew me because it was almost like an extreme depiction of where I come from”, he tells Complex UK.

The young producer was inspired by the fact that although these songs were aggressive, they were also very melodic, stating “usually, back then, you didn’t hear aggression that was cool or something that made you wanna move until I heard those tunes. It made aggression something you can chant to.” In 2018, the British producer was the first ever to bring forth a U.K.-U.S. drill collaboration with “Pitbulls” by Skengdo x AM featuring Chief Keef, solidifying his status as one of the most influential and pioneering Drill producers.

Much of JB’s musical influence came from North America. One of his biggest inspirations is Toronto’s very own OVO 40. Additionally, Drake happens to be his favorite artist. The Canadian pair was able to make border-breaking music that would not only cross genres and reach millions around the world but also age incredibly well. This inspired the young producer to not be afraid to experiment with his sound. Moreover, production by the likes of Boi1da, Darkchild, Kanye West, Quincy Jones, Timbaland, and many more, all who make timeless music, also influenced JB’s creativity.

As of recently, following up their 2019 collaboration, “Slide” featuring Blueface and Lil Tjay. JB MADEIT has once again collaborated with the man of the hour, French Montana in his new single “That’s A Fact”.

Just 14 days after this release, the 6 God followed up by dropping an entirely new tape. Aubrey’s new project titled, Dark Lane Demo Tapes arrived on May 1st, 2020. JB MADEIT entirely produced track number 13, “Demons” featuring Fivio Foreign and Sosa Geek. And let’s be real, once your favorite artist requests to work with you, it’s clear that you’ve indeed “made it”.

JB is currently working on numerous projects across multiple music genres, including pop, hip hop, R&B, and dance. Everyone from 22Gz to Drake has requested to work with him and his team. JB MADEIT’s musical versatility is prepared to be shown off. But more importantly, he is ready for a full-force takeover. 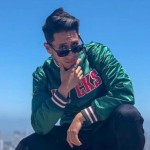