Musicians braced themselves for a tidal wave of uncertainty once the spread of COVID-19 was labeled a global pandemic. The immediate future of live shows is hazy, forcing creatives to spend more time creating and planning for the future.

With the looming uncertainty in mind, Atlanta rapper Grip instinctively gave versatile producer Tu a call for some beats. And in just 2 weeks, HALO was born. I hopped on the phone with Grip to discuss his new EP release amidst the quarantine. 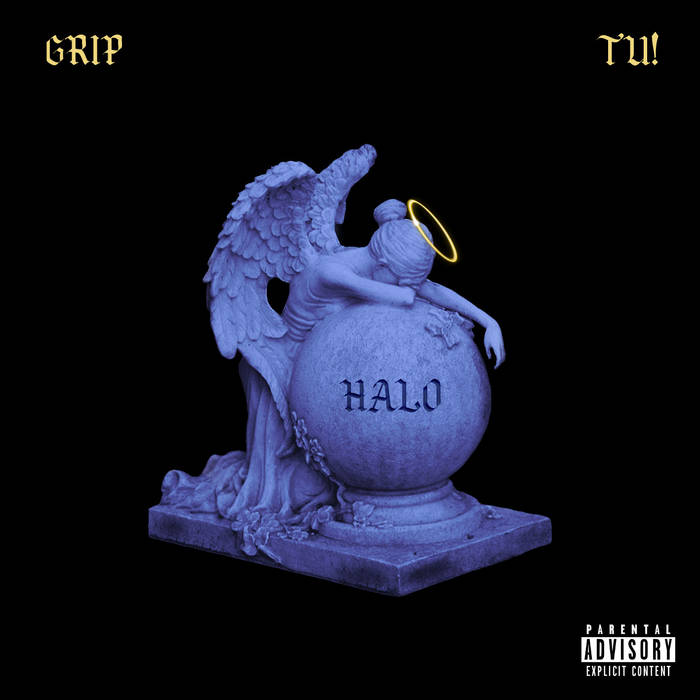 Zac: What have you been doing during the quarantine outside of making music?

Grip: “Being a dad, [practicing] guitar, piano. All the regular shit… I always wanted to play instruments.”

*His child’s voice in the background verifies his claim.*

The beat to his 2017 track “Applause” with Michael Aristotle plays in my head, as he raps, “I’m more for playing Super Nintendo, reeking of endo.” Grip’s interest in video games comes as no surprise. “100YD Dash” was included on the Madden 20 original soundtrack, exemplifying his intricate wordplay and bringing his voice to a wider audience. I wonder if he’s crafting lyrics as we speak.

Do you wait for a certain kind of energy in order to write a song?

“It all depends on what I’m trying to write. All moods are good for making music.”

True. Grip’s 2017 album Porch and 2019 album Snubnose have their own unique tones. But they were both created before social distancing became an obsession, when live music peppered cities worldwide with raw energy. They have central themes that bleed through every second of every track. HALO is different.

You mentioned in a DJBooth article from October that you avoided adding third verses on Snubnose tracks.

“If it’s three people on a song, cool. I’m not wasting energy just for someone to skip my shit or whatever the case might be. I’d rather fill it up with shit that I know is more digestible.”

That being said, “Times is Hard” is 4:50 and the longest song on HALO–

Grip cuts me off. I take no offense.

“This is a quarantine pack. No holds barred. This ain’t my project. It’s just a project. That shit’s different. It ain’t the same rules”

“Memories is 4eva” is my favorite song on HALO. I noticed you don’t miss with final tracks on projects.

“I feel like the last songs to me are always kinda like heartfelt songs and shit. I’ve kind of got a pattern where I always do that. My intros and outros are shit I put a lot of thought into. ‘Memories is 4eva’ came to mind quick. I had the beat in my head ‘cause I had already heard the beat, but I passed up on it, cause it was in the pack that Tu sent me. I started in my head like ‘I done won some and lost some,’ then I was like ‘Alright, bet. Let me pull this beat up and see if it goes.’ I pulled the beat up and sat in my car and wrote to it [for] maybe 30 minutes and went in the crib and recorded it. And that was that.”

The end lowkey gave me chills.

Any rhymes on HALO you pulled out of thin air and thought ‘that’s the one’?

“On ‘Randy Watson’ the Michael Jordan and Rondo bar”

How many projects in one year is too much?

“I just drop when I feel like it makes sense. With Corona, I don’t know. I don’t know anything, bro. Nothing is normal.

As we finish our conversation, I immediately relisten to HALO. “Memories is 4eva” hits me once again. I imagine Grip powering down his video game console of choice, exchanging a controller for guitar pick. More new music is on the way.

In this article:Grip, Michael Aristotle